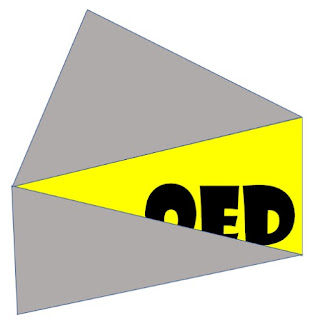 I doubt that Phil invented that particular skill, but I wouldn’t be surprised to find out that he actually did. It fit well with the performance I had seen so often back in high school.
Most of us would agree that the best project managers develop and frequently employ a capacity for creativity. Phil certainly did.
It’s true that the project management profession is heavily dependent – and rightly so – on numerous tried-and-true processes for handling complexity, managing predictable risks and refining processes. But that’s not all it does.
Its true identity is displayed as it bravely plunges into the world of unknown unknowns. The more valuable the intended outcome, the more likely the eruption of the unexpected amid all those carefully tended knowns.
When the project manager has never seen anything like this before, he or she can’t afford the luxury of indecision. Instead, the approach is the deliberate courting of risk in disciplined trial-and-error formats. Where you have no track record, you build one.

This DIY procedure must start with carefully limited excursions into the dark. It gradually expands the process, step by step, until it can take grand leaps with confidence and growing success.
The secret to doing it right is devising and operating a blend of analysis and creativity. Thorough documentation is essential, in developing, implementing, tracking, analyzing, amending and re-introducing experimental activities.
The project leadership needs to detail the basis for the initial decisions, the nature of assumptions at each stage, the specifications of investments, the type and impact of variances, the description and success rate of corrective attempts.
An obvious companion benefit of doing all this is the record it provides for project management office purposes, the archiving of useful experience that adds to the project management maturity of the sponsoring organization.

All that careful detail management is vital to the process, but by itself is not enough. Each attempt to resolve the unknown may progressively move the project toward a successful conclusion, but it may not. It may reveal a situation that the team simply doesn’t know how to handle.

Creativity is generally present throughout, but this is where and when it must be amplified.
Creativity can spring unbidden from the analytical process that was used to uncover the problem in the first place, but only occasionally and randomly. However, creativity also can be summoned, called up regularly by people trained to do that, and devoted to doing so.
The late Steve Jobs of Apple was a famous exemplar of that, bursting into broad notice with the Apple I in 1976 and following with a long string of exciting products. Elon Musk is doing it with the Tesla electric vehicles and numerous other innovative ideas, including the SpaceX mission to Mars planned for next year.
Those guys have represented genius, and demonstrated fanatical focus and persistence. Most of us don’t have the one and don’t do the other, but we can pursue original ways to sweep away old limitations.
Phil made it look easy in geometry class. Maybe it’s not as hard as we thought.
SEE ALSO: Creativity on Demand
http://jimmillikenproject.blogspot.com/2015/07/creativity-on-demand.html

Posted by jimmillikenproject.blogspot.com at 9:00:00 PM

Email ThisBlogThis!Share to TwitterShare to FacebookShare to Pinterest
Labels: Creativity