I was interviewed by Priscilla Hansen-Mahoney of Blazing Trails Consulting about my views on project management consulting. Listen to the interview here.
Posted by jimmillikenproject.blogspot.com at 12:46:00 PM No comments:

What Do You Mean, Communication? 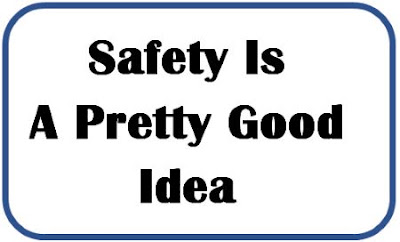 The sign on the back of the truck says, “Safety Is My Goal.”
No it isn’t. Safety is not the goal – of the driver, the owner or the truck, whichever one “my” refers to.
A goal is the ultimate outcome sought by any activity. The driver’s goal is to get paid. His employer’s goal is to make a profit. The truck has no say.
This is an example of hyping an otherwise worthy consideration into something it’s not. It’s an effort doomed to failure.
While every following driver could have understood what was meant by the sign on the truck, many of them might be negatively impressed.
Couldn’t the company’s leadership, and/or its marketing people, have come up with something true and interesting, rather than an obviously insincere cliché?

Read more »
Posted by jimmillikenproject.blogspot.com at 3:48:00 PM No comments: