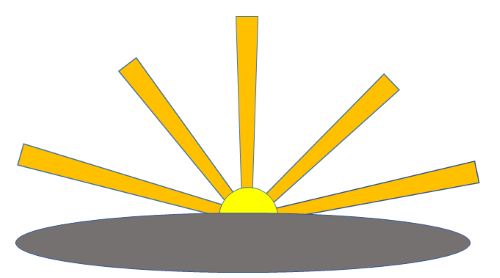 You may not even need to do the follow-up stuff. You can be patient, and sometimes there is a delayed-decision effect. If you did your homework well in preparing your presentation, you planted some thoughts in the person’s mind that may have taken some time to mature.
There’s lesson in this. You don’t have to buy Don’s whole approach to appreciate the benefits of optimism. Whether you nurture the process or wait for it to develop naturally, there's an underlying philosophy that is the real point here.
John Elway is deservedly famous for having led the Denver Broncos to 35 comeback wins in National Football League games. That’s 35 times they fell behind, then clawed their way into the lead. Not easy, physically or mentally. Not at all. What fueled such determination?
Most recently, the New England Patriots are credited with the greatest NFL comeback in history – scoring repeatedly in the fourth quarter of Super Bowl XI last month to rise to a win from the lower end of a 28-3 score.
Athletic competition at that level requires intense, continuous commitment of physical, mental and emotional energy. Repeated failures over several hours would, for most of us, drain all confidence. Not at all so with many professional athletes.
They often show us that unreasonable optimism can produce one for the ages. Such people are somehow able to keep probing for opportunity, pushing vigorously as if all the indicators were positive.

That’s the all-or-nothing way. Elway’s Denver Broncos and the Patriots demonstrated that you can ignore the odds and just keep punchin’. When it’s a black-and-white situation, you wind up with glory or humiliation. No gradations.
For most of us most of the time, though, failure is an option. In any particular situation, there’s no substantial reward for success, and no really painful penalty for giving up. Many organizations accept low success rates for projects as a matter of course. Failure, or lack of real success, is OK.
Some organizations can’t abide that, preferring lost opportunity to the possibility of defea. Even a whiff of potential failure can convince them to avoid ever taking much of a chance. Risky activities have never worked out, so they aim low and don’t get hurt. This breeds a culture of mediocrity. It’s a   wasteful copout. And it’s unnecessary.
In fact, failure – handled properly – can be deliberately chosen as a component of success. Good managers, especially competent project managers, often live by a conscious choice of failing in a controlled environment.
You do this when you have no idea of how to proceed in a situation you’ve never experienced before. Actually it's that way in any real project. Some are so innovative that no one knows how to pull them off, and there is no useful information anywhere for the decision-maker to access.

So you harness failure to build your own record.
You plan and conduct a limited initiative that is almost certain to not work. You document the planning, the assumptions, the actual performance and the variances between the advance assumptions and the real-world outcomes.
You calibrate how far you can push without causing unsustainable damage, and you give it a go.
When you’ve concluded the experiment, you know, at least in that small arc, what works or what doesn’t. Armed with that small portion of hard fact, you plan again, add a little additional guesswork and trigger another cycle.
The process continues until you’ve accumulated enough evidence to shoot for the final goal.

Progress and success are owned by people who are willing to fail . . . and who know how to do it well. When failure is an option, the possibilities are limitless.

Posted by jimmillikenproject.blogspot.com at 5:57:00 PM