Real Leaders, for Good or Ill 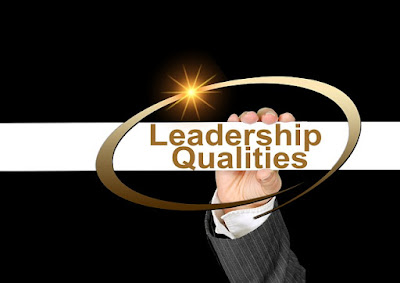 I saw this college classmate, Dick, every day back then, but he was not a close buddy. Dick was a member of the football team who rarely got into a game. Academically, he won no honors, as far as I know. He held no important positions. He was not prominent in any way.

Yet, I’ll never forget him. All these decades later, the message of his example remains strong in my mind. The message: Integrity matters.

He stays in my memory because he was a straight-shooter in all the daily acts of life. His integrity was routine. Where various of us would bend the rules or evade an obligation when it was safe to do so, Dick never did.
And on occasion he would quietly remind various of us that we were better than we were acting at that moment. His advice was never offensive, because he offered it respectfully and you respected him, the guy who was living his advice.
It was years later that it dawned on me: This guy was a leader. His example, and his occasional admonishments, influenced the behavior of those around him. In my case, the effects have lasted a lifetime.

Negative examples often are more noticeable, and in the short term perhaps more powerful than the positive ones. Authority often is misused, for example, becoming a tool of personal advantage.
In a democratic system, certainly, authority is granted to facilitate decision-making. It’s a way to get things done. It is very vulnerable to abuse, and we often see those who hold authority using it to force compliance or avoid responsibility.
When the boss requires you to run household errands for him, you know you’re doing it only because you have to – a workplace price is involved.
That, too, is leadership. It is a demonstration of behavior by a person holding a position we are expected to respect. It contributes to a mental pattern we develop about such people. We live with it, or perhaps resist – which can earn us unpleasant results of one kind or another.
The most pervasive of leadership faults is avoidance – failure to engage problems or take actions that would entail discomfort for the decision-maker. When the responsible person refuses to face up to problem people and destructive situations, the damage can be deep and permanent.
Such a boss usually is not in direct contact with the problem, so can easily remain unconcerned as it bedevils the working staff people every day.

The decision to evade a tough decision is itself a decision, and the person who behaves that way holds a position of responsibility. Therefore, that person is a leader – someone we are required to follow.
The concept of leadership can be stripped bare, seen simply as the practice of establishing desired outcomes and enforcing desired behavior. In those terms, it can unbalance the relationship of authority and responsibility, rendering the position ostensibly amoral.
Yet, every decision-making system is based on some set of ultimate principles, not necessarily high-minded ones.
If the basic assumptions of the authoritative person are commercial, there will be a dollars-and-cents value system driving the decision-making. If they are humane, matters of organizational importance will be balanced by concern for individuals.
We all have known people who, somewhat shallow and selfish, generally made decisions that advanced their personal preferences more than the organization’s interests and the welfare of their co-workers.
My experience has been that, when the working-level managers operate in such fashion, it is evidence their own supervising managers lack the vision and commitment to hire and lead truly effective staff members.
That makes for a grim experience when someone feels the workplace should support personal growth and meaningful opportunity. I’m sure that’s what it became wherever my long-ago acquaintance Dick went to work.
And the example he set decades ago remains a vivid influence, far outlasting the relationship itself.
Try this: Think about your workplace. What is the behavior of the managers and what effect does it have on the general attitude of the staff members? Post your thoughts as a comment below.

Posted by jimmillikenproject.blogspot.com at 10:33:00 AM