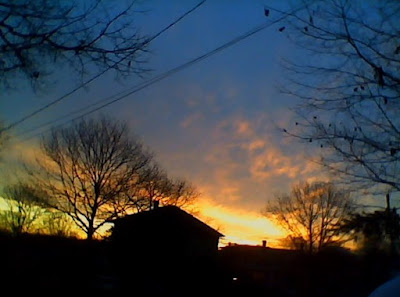 “Do you believe you can support your family if this doesn’t work out?” she asked.
“Of course!” he responded.

So he left his secure job and moved his family hundreds of miles. His five-member group was preparing to launch a new business that they hoped would provide professional success and a good living for them all.
A second member of the group also moved. The two of them were going to do the spadework for  the start-up.
Within weeks, the whole project collapsed.

The three back home, with nothing to do but wait, talked each other into a bad case of the jitters and lost faith in the enterprise. They killed it.
Their negative judgment was supported by later, thoughtful examination.
From the beginning, there was zero chance that the dream could have come true.
Yes, business history has plentiful examples of no-hope start-ups that get off the ground through miraculous luck and heroic effort – but . . .

A miracle would not have had much to work with in this case.
No member of the group had any real business experience, and none of them knew anything at all about the many hard skills of business creation.
They all were subject-area specialists bored with their jobs and enamored of the charm of the new region and the perceived fun of running their own business.
That true story illustrates the mismanagement of risk – actually, the total lack of risk management.
Unquestionably, the project was awash in risk, from the get-go. When a group of people convince each other to take seriously the initiation of a complex enterprise in a strange area, one requiring skills they’ve  never learned, dependent on winning over a public whose members never heard of them . . . there’s a lot more risk than anything else.
That project would require extensive research before anything is done, including serious study of whether to go ahead at all.

Risk management would be the dominant factor in such a process. In a healthy prep effort, every facet of the effort would have had to fight its way into the plan. Risk assessment includes contingency planning and both are rational, not emotional,
Once enthusiasm took the wheel in this project, shoving sober consideration aside, there was very little research and preparation – and no risk management at all.
You wouldn’t think grown adults would behave that way, but they do. They did it in this case.
Fervent hope is not an effective risk management function. It wrote the death warrant for this project, but it wasn’t alone.
There also was its frequent co-conspirator, routine disease. The pairing has infected too many projects of my experience, including some I led myself in my early years..
In a much less lethal form, routine disease is frequent, usually causing little damage beyond wasting time. Routine disease is caused by the careless assumption that an activity is identical to things I have done and know well.

I start doing something, then realize – too late – that it’s not what I thought it was. It carries risks, complexities, dependencies I never suspected were there. If I had examined that initial assumption a bit, I could have saved myself time, effort, embarrassment, whatever.
Routine disease. Now that it caught me, I have to repair some inappropriate decisions, or I may have to start over.
This syndrome is the scourge of project management. When it is least damaging, it
limits a project’s possibilities. It obscures opportunities that are never pursued because routine thinking won’t reveal them.
In some organizations, repetitive activities are called “Project Management” because they’re complex and important, although not innovative and not risky.
Now, people have the right to call their work anything they want, but if they tell me it’s a project I’m looking for certain distinctive characteristics.
By the definition I’m using, risk is the prime distinguishing feature that makes an activity a project. The reason for doing stuff differently from regular business work is that there’s a danger it won’t work. We take the risk because we’ve identified a reward for doing so – but we must manage the risk to earn the payoff.

When it’s a project, it’s an innovation. We’ve never done it before. As far as we know, no  one has. So we spend inordinate time researching, developing and defining the basis of this  project and the necessary understandings among the stakeholders.
Then, many of the activities will have to be invented, and done efficiently – not easy when they are by nature speculative..
And, just to make it even more difficult, some of what we do will be what we always do, but here interfacing with all this totally original stuff. That factor can be truly deceptive requiring thought and originality even in the way we link work packages together.
Many people, and many organizations, don’t have the attitude or the stomach for such performance.
They may call some of what they do “projects,” but the true project character – the risk – is watered down to a level they can tolerate. It doesn’t make them bad people, but for sure it doesn’t make them project managers.

Organizations that have really implemented project practices are called “projectized.” They have achieved what is called the top level of what is called “Project Management Maturity. Their managers at all levels know, understand and regularly practice project management.
So, when they decide to undertake anything that’s complex, uncertain, fraught with serious unknowns, etc., they pursue strategies that actually achieve demanding and valuable outcomes.
It’s all risk management.
So when the question is:
“Will we be OK if this doesn’t work out?”
The answer will be:
“We’re already OK. Take a look at the risk management plan”

So what happened to the guy who was sure he could take care of his family no matter what? When the project failed, how did he do?
He did fine. His contingency plan worked because it was simple, minimally risky and  under his control. He had to find a job, and he did.

QUESTION: If you were to rate your organization on a 1-to-5 scale in undertaking and successfully completing risky projects, what would be the score? Why?

Posted by jimmillikenproject.blogspot.com at 5:26:00 PM