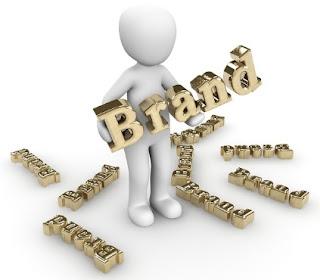 What you call something matters. It can matter a lot.
“We don’t have time to help you build your monument to yourself,” they told the project manager.
“Monument to yourself” is a brand, and not a good one. A brand establishes an identity; attitudes and assumptions gather around it. Organizations spend a lot of time, thought, money and effort to establish and maintain their brands.
The “monument” brand is an example of what happens when you don’t make the effort. It influenced the attitude of the news staff of a small daily newspaper. Their managing editor had been tasked with managing the newsroom’s work on a special edition.

Since the edition was his ego trip, they reasoned, why should they extend extra effort to accomplish it?

The occasion was the upcoming 150th anniversary of the newspaper, a proud moment that the general manager saw as an opportunity to burnish the paper’s image –and sell a lot of extra advertising.
The business community apparently agreed with him, because the project attracted a lot of ads – assisted by sales bonuses for the ad staff.

The managing editor/project manager, on the other hand, saw the whole thing as simply another task. A big one, but otherwise not special. Not a monument – just part of the work. There were no bonuses for the writers, photographers and artists.
From this point of view, you just do the job. If you want to put in time and talent for the love of it, fine.
Putting a brand on it would make it special, a project. A project, managed properly, identifies such needs as branding and promotion . . . and it deals effectively with the unexpected.
That’s where the “monument” tag came in. The unexpected happened, to a remarkable degree, but the managing editor just grimly soldiered on in his task orientation. As the ad sales escalated to eye-popping heights, the corresponding “news” space did the same. For the editor, nothing changed but the workload.
The special section, originally planned for 24 pages, ballooned to 180+ in the run-up to publication.
There would have to be advance printings, because the press could not accommodate the total 212 pages of the final edition.

That meant there would be extensive overtime work for the production and press crews, and extra workers for each early run, to stack the accumulating copies in storage. And then, of course, there would be a massive effort on the day of publication to put it all together, get it out the door and deliver/sell the 2½-pound product.
The challenges presented by all this were accommodated with relative comfort by three of the departments involved: Advertising, Circulation and Production. Besides the ad sales bonuses, there was overtime pay for the extra work.
Not so the News Department. The managing editor made a couple of arrangements in response to a perception that this job might carry some extra demands. He lined up some retirees to write remembrances of the old days. He assigned feature stories and lots of photos.
The editor also designed a standard 12-page section, based on the standard of a 50-50 split between paid space and nonpaid, the latter being his responsibility. As each 12-page unit was completed, it could be closed and scheduled for a press run.

That was it, in terms of planning and organization. It turned out to be woefully inadequate. This was a project, but nobody knew anything about such a thing as Project Management – especially the guy managing this effort.
He had six months’ notice, with a final deadline date in early March. The time span turned out to be an early source of serious friction.
To daily newspaper people throughout the building, getting the paper out today is demanding enough – what the blank are you doing bugging us for stories, photos and ideas for something that won’t come out for six months?
There was serious disruption of normal news coverage, plus ill will that lingered for a long time. For the newspeople, the only explanation for such idiocy was the ego of the guy who was hounding them for extra material.
It was the editor’s first real experience with the impossibility of creating artificial urgency in the perception of people who live by 24-hour or one-week cycles.

The idea of the 12-page model was that ads would be directed to one section until it was filled, at which point it would be moved on to Production and they would start on the second.
For the editor, this was how to do this kind of work. It turned out to be NOT the way to do it when the string of sections grew by a factor of 13 or 14.
It was hell, and the result was well short of the original possibilities. It succeeded only through the incessant efforts of the driven guy in charge. That’s where the “monument” thing came from.
The lessons to be drawn from the experience are not many, but they are basic to the management of any innovation or unfamiliar effort.

First, develop reliable agreements among the decision-makers. The general manager and the managing editor should have worked out clear understandings up front, and accompanied them with real commitments.
A project plan, say.
There should have been continuing communication and collaboration among the leaders throughout the project, beginning at the very beginning.

Second, establish a clear understanding of what it is the newspaper was doing, and why. For parts that didn’t have reliable information, establish risk management practices. That would have detected and accounted for the unexpected success of the sales effort.
Promote it consistently throughout the building. Make everyone proud, and equip them with the information to spread the word.

Third, determine what it will take to meet the challenges. That would have led to provision of adequate overtime funding for writers and photographers, plus the hiring of enough free-lancers to get the job done without all the damage.
It would have been costly, but then a lot of money was flowing in.

The special edition was indeed a monument – to the entire organization and all its members. Too bad it wasn’t treated that way.
Branding, we call it today.

TELL US ABOUT: The last time you discovered yourself in the middle of a project before you realized it WAS a project.

SEE ALSO: Well, It Hit the Fan. Now What?
https://jimmillikenproject.blogspot.com/2011/

Posted by jimmillikenproject.blogspot.com at 12:17:00 PM